JESUS AND THE CROSS – a Reflection for Good Friday

Why did Jesus die in the manner he did?  That is why was he crucified?

The traditional answer to these questions is to save us from our sin.  In many ways that is a correct answer – but not when it is combined with the thought that when our sins are forgiven we get to go to heaven because God’s wrath has somehow been satisfied by receiving the sacrifice of Jesus. 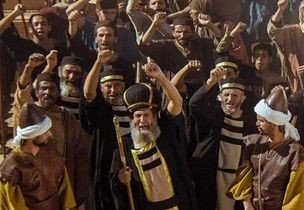 When the scriptures say Jesus died for our sins the idea has much more to with the sin of the leaders of  Israel – in particular the Priests and the Scribes, and the Pharisees who colluded with them, to get Pilate to issue a death warrant – and Pilate himself, representing Rome, who did not tolerate prophets and teachers who would not accept the authority of Rome.

The Gospels portray Jesus as the person who lived out his life as a ‘light to the nations’ – as God had always intended Israel to do collectively.  Jesus personifies what and how human beings are meant to be and live – he calls himself Son of Man to make this point.  Our communion liturgy expresses it as ‘he shared our human nature, was tempted, yet he was without sin’.  Jesus himself saw his life and purpose to live as God intended all humans to live, particularly the people of Israel.  He personified what it is to live as a true human being.

In living out his life in this way he was crucified.  He mixed with and healed sinners and outcasts.  He critiqued the temple system. He redefined the Law. He refused all forms of violence.  When Jesus says to Zacchaeus ‘Your sins are forgiven’ and ‘salvation has come to your house today’ he means that Zacchaeus has now acted in the way of the Kingdom – of loving God and loving his neighbour.  This example radical transformation is what Jesus sought for all the people of Israel – it is what we call repentance – turning away from wrong and toward God’s intended ways.

The problem for Jesus was that both Jews and Romans did not want people to live that way – it threatened the way the whole nation was governed and its political and social norms.  So, when we say Jesus died for our sins it means that Jesus died because the sin of the nation and of the Romans was to allow human life to be degraded by the political and social structures, rules and norms of the time – and in challenging such Jesus disrupted all the power structures of his time.  This was such a threat to those in power that they had him crucified. (And this continues to happen in many political/social systems.  We cannot be antisemitic – blaming Jews for the death of Jesus – when we know that many ‘good people’ are killed by evil systems).

We have often been brought up to think that God’s plan was to send Jesus into the world so that he could die – and that has been translated as God needed one human being to be sacrificed to satisfy his wrath/anger at the way humans live. Such theology makes God an uncaring tyrant – and a very bad ‘Father’.  We should rather think that Jesus, in his love for God, and his desire to lead a community into living in the same manner, knows that he is going to be killed for living the way he does in obedience to God. Jesus himself is willing to do so because he has utter faith that God, his Father, will justify him in the end.  The story of the garden of Gethsemane reveals that Jesus hoped there was another way the Kingdom could come – but acknowledges and accepts that only non-violence and sacrifice, that is the complete repudiation of all the normal ways of human struggle for peace and justice which involve rebellion and violent resistance, can bring in the Kingdom – for it is only when other humans are willing to walk the way of peace that the Kingdom comes.

Jesus dies on a cross because he is such a challenge to the norms of human life as practiced by rulers and leaders.  If they were to accept his teaching, they would lose their power and wealth and privilege.  God does not change us humans through violence – God only seeks repentance and change through our willingness to walk in the way of Jesus.  When we try to do so we hear the words – Your sins are forgiven – Today salvation has come to your house – now we are free to live, in the here and now in loving service to others.  That is what salvation is – 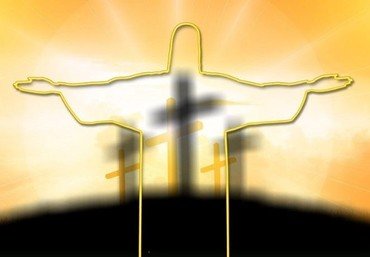 walking in the way of Jesus in loving service of God and neighbour.  So, Jesus did die to save us from our sin/s – but that is the sin we commit individually and as church and as society that promotes hatred and injustice and violence against others for this is the sin of denying Jesus’s command to love our neighbour.

And on the third day the tomb was empty – Jesus was raised from the dead – God had justified the sacrifice of Jesus – and the disciples kept Jesus’s name and the way of the Kingdom alive.

LMSM held their last service in the current church on Sunday 20th June.  After many years of trying to re-develop

the building, contracts have finally been signed with Citygrove developers.  The new building's, expected to be completed in September 2023, will be a Whitbreads/Premier Inn and a new church/community centre.

During the fellowships time of exile, we will be meeting at Chandler Hall, on  Lambeth Walk (15 Lambeth Walk, London SE11 6DU) - just behind our site. 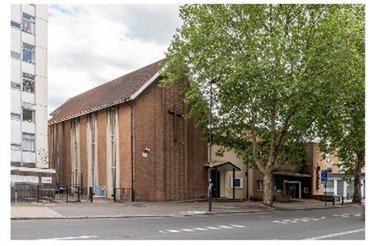 The Plan on the right was designed by Kyson architects, includes a new church alongside the 12 storey Premier Inn...