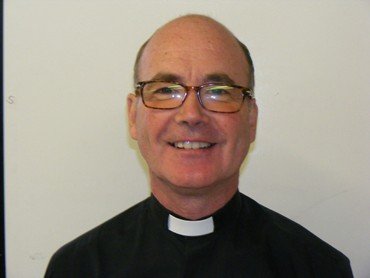 At the end of April over 20 members from across the circuit joined with over 5,000 others from across London at the London Citizens Mayoral Assembly. Sadly, we were not gathered in one place like we did back in 2016 at the Copperbox, but it was still an amazing feeling to be online with so many others.  The messages in the “chat box” whizzed by as everyone posted the name of their institution.  I felt a lot of pride at the numbers of Methodists that were present. 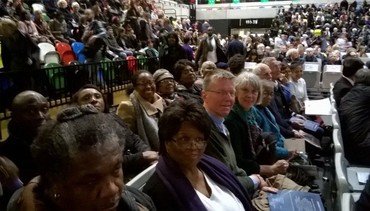 During the assembly, the two main London Mayoral candidates (Shaun Bailey, Conservative & Sadiq Khan, Labour) were presented with the main concerns of those in the room – these ranged from housing, climate change, youth safety and the Living Wage to making our city a place of welcome to everyone.  These issues had been discussed and shortlisted at meetings in the various chapters during the months running up to the assembly.  Both candidates reacted very positively to all our asks and we know from past experience that they will not ignore our concerns.  After the last Mayoral Assembly in 2016, Sadiq Khan included our asks in his own internal work plan for London and members of citizens have regularly met with his team to assess progress.

The circuit is one of the key members of Lambeth Citizens and along with the other 24 institutions we campaign to make our borough and our city a better place to live and work and study.   Key people from our circuit are particularly engaged in the campaign to get community land trust homes built in Lambeth as well as the ongoing work to support refugees that have fled war and been forced to start a new life here in London.

Citizens is just one piece of work that the circuit is engaged in that focuses on the old Wesleyan concept of Social Holiness.  The early Methodists believed that it was not good enough to simply let your faith change you as a person – it had to also change society and the world we live in.  Ever since the Methodist Church across the world has been engaged in social action.

In the circuit we are trying to bring together the various work we do under one banner and we recently held the first meeting of our Social Action Team.

At our next meeting on 15thJune we shall be hearing more about the work of the Hub at Clapham. If you would like to join the “social action team” then we would love to hear from you. 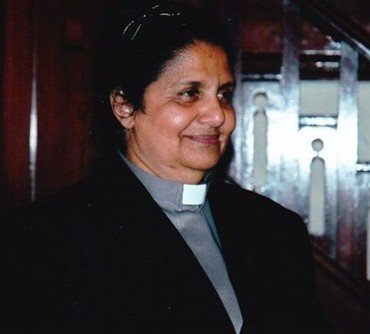 Serving one another in Love...

The trial of ex-police officer, Derek Chauvin who was found guilty of murdering George Floyd after kneeling on his neck during his arrest in Minneapolis last May, has been described as a historic moment in the history of American politics and justice has been done.

This is the saddest moment in history because feelings and emotions are running high and there is so much hate, anger and mistrust amongst black and white people.  This incident sparked worldwide protests against racism and excessive police force.   How will people move on?  What lessons have been learnt?   Where is God in all this?

Storytelling is a great way to learn from other people’s experiences.  What is done with the stories makes a difference between positive and negative reactions.  None of us can imagine what Goerge's family experienced but we saw enough of the footage to realise that he died tragically and unnecessarily at the hands of the law which was meant to protect him. 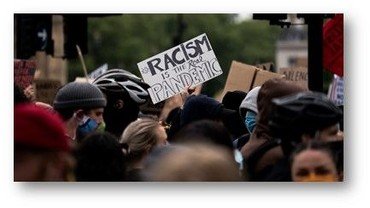 Hopefully, justice will be done for others who have suffered at the hands of police brutality and racism worldwide.

An article printed in a magazine in 1934 on how to relate to the "other fellow" stated "Always believe the best about him--until you know the worst.  Even then, question if you actually know it.  Do not believe in rumours.  Be cautious!  Be charitable!  Look for the best in him.  And if he turns out simply to be a bad lot, why, your work isn't finished.  Offer him your hand and by your fine example, set about trying to make him a better lot!"

There is a long journey ahead, but I hope that as Christians we will continue to pray and strive for love, acceptance and forgiveness.  Remember that Christ died to save us all, all are equal in His sight and instead of opening up old wounds, work tirelessly to heal the wounds of hate caused by race and power and superiority in the name of Christ. 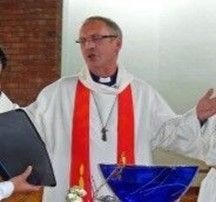 Being faithful in our living – Starting out again with Repentance 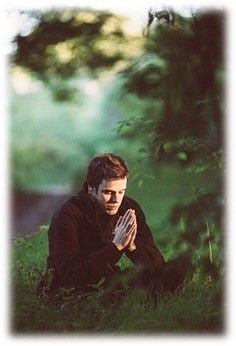 In my distress I cry to the Lord,
that he may answer me:
‘Deliver me, O Lord,
from lying lips,
from a deceitful tongue.’

What shall be given to you?
And what more shall be done to you,
you deceitful tongue?
A warrior’s sharp arrows,
with glowing coals of the broom tree!

Woe is me, that I am an alien in Meshech,
that I must live among the tents of Kedar.
Too long have I had my dwelling
among those who hate peace.
I am for peace;
but when I speak,
they are for war.

I wonder how long it took the disciples of Jesus after the resurrection to really begin to live out the life that their Lord had tutored them in?  The story in the Acts of the Apostles of Pentecost is rather stylised. More likely, it seems to me, that when, as Matthew tells us, the disciples met the risen Christ in Galilee, some of them believed and others had doubts.  I suspect that different disciples took different amounts of time to begin again their life of faith in Jesus after his death and resurrection.

In Psalm 120 a faithful Jew speaks of his/her distress at living in a time when others all around him/her speak lies and pursue war.  Meshech is a tribe in Southern Russia.  Kedar a wandering tribe of barbaric reputation that lived on the borders of Israel.  Like today, whether near or far off, those who pursue a life of terror and war can cause pain to those trying to live in peace under God.  In Jesus’s time Rome and Jerusalem caused war and terror.  In Israel’s story two decisive moves were made by people looking for peace and new starts.  Abraham rejected Mesopotamia as he left Ur to travel and Moses rejected Egypt and its tyranny. 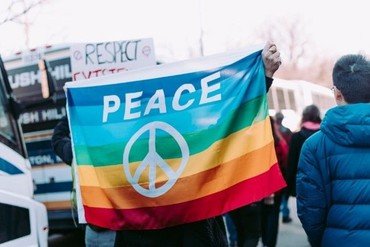 The best indicator to know we are not right with God is if we are not right with ourselves or with another.  Are we in, or are we causing pain?  If we are hurt, or hurting others, we need to turn to God.  The disciples needed to do that after the death of Jesus.  To seek the peace of Christ – to pursue the Kingdom/Reign of God – to receive the gift of God of eternal life – we need to repent.

Two of our Ministers are on their Sabbatical leave, Rev. Rita King and Rev. Kristin Markay.

Rev. Rita will be away on March, April and May.  Covering Rev. Rita for…